The Louisiana Purchase Treaty, signed at the Hotel Tubeuf in Paris on April 30, 1803, doubled the size of the United States and paved the way for the American nation’s westward expansion.

President Thomas Jefferson then proposed to Congress that an exploring and charting expedition be sent up the Missouri River. The Lewis and Clark expedition (1804 – 1806) was therefore put together for that purpose.

It is generally unknown that over a quarter of the expedition 43 members were French speaking Canadians and Métis. They were hired mainly at Kaskaskia, St. Louis, and Fort Mandan (photo above), as “engagés” / enlisted for their special skills that the expedition could not obtain any other way. They are specifically mentioned here in remembrance of their significant contribution to this great American success: Pierre Cruzatte (master boatman), François Labiche (language interpreter), Jean-Baptiste Lepage (geographical knowledge of the upper Missouri River region and the Rockies’ foothills), Georges Drouillard (expert game hunter), the Charbonneau family (Toussaint, born in Boucherville, Québec, his Native American wife Sacagawea, probably born in southern Alberta, and their son Jean Baptiste, born at Fort Mandan), Charles Hébert, Pierre Pinault, François Rivet, Baptiste Deschamps, Étienne Malboeuf, Paul Primeau, René Jussaume, Pierre Roy, and Jean-Baptiste La Jeunesse. The maps used by the expedition leaders, Lewis and Clark, were mostly signed by French Canadians.

Jean Baptiste Charbonneau was the youngest member of the Lewis and Clark expedition. This highly talented Métis has been a pathfinder, a mountain man, a ranger, a military scout, a gold prospector, a guide, and a municipal official. He is the only child and the only descendant of a Canadian to be represented on an American coin. He died of a pneumonia near Danner in Malheur County, Oregon State, not far from Boise, Idaho State, proud to be a Francophone from Canada. 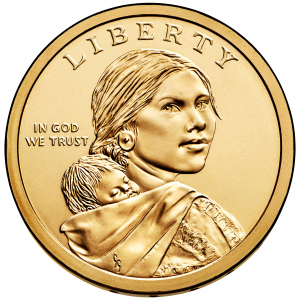