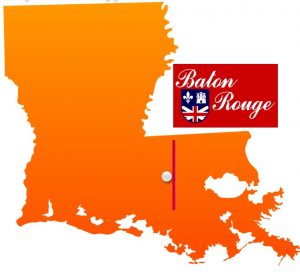 The current state capital of Louisiana, Baton Rouge, was established in 1719 as a French military post for safeguarding the few hamlets in the area, the newcomers and the travellers on the Mississippi River.

The city’s name, however, has several origins dating back to 1699. Since there is no consensus among historians, readers are free to choose among several credible options. Is it an aboriginal name, a boundary marker, a meat dryer, or trees without bark?

2️⃣ The settlers learned from the local aboriginal people that a red painted pole did serve as the boundary marker between the hunting grounds of two distinct tribes, namely the Houmas and the Bayogoulas.

3️⃣ The main landmark of the place was a large post that the Native Americans used to dry game and fish and on which the flow of blood had stained the wood a crimson red. 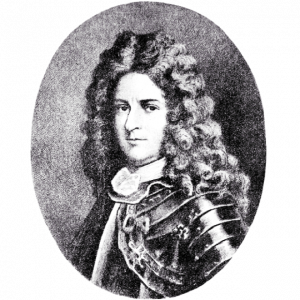 4️⃣ Red cypresses stripped of their bark embellished the landscape with their reflection in clear waters. The French called the site “Bâton Rouge”. The name lost its accent under the English period (1763-1779).

Baton Rouge was officially named by Pierre Le Moyne d’Iberville, the third and most famous son of Charles Le Moyne’s 12 sons. He was born in Ville-Marie (now Montreal, Canada). His chronicles, now published, provide a detailed account of early explorations of the Lower Mississippi Valley. D’Iberville and his companions went up the Mississippi River for eleven days in March 1699 before reaching the grand village of the Bayogoulas.

D’Iberville has described most interestingly the customs, ceremonies, rituals and lifestyles of the local aboriginal people, including the drying of game and fish under the hot sun of southern Colonial French Louisiana. Just like modern times’ visitors, d’Iberville was impressed by the beauty of the red cypress trees lining the historic arms and meanders of the Mississippi, known as “bayous”.