A simple stone monument on Missouri Road OO, less than 6.2 miles (10 kilometers) north of Fredericktown, commemorates the location of Mine La Motte, one of the oldest lead mines in Colonial French Louisiana.

This historical place was discovered in 1714 by Antoine de La Mothe Cadillac, the third colonial governor (1713-1716) of Louisiana, during a stay at Fort de Chartres which was the Illinois Country’s regional capital. The mine, then the property of the state, was named in honor of the governor. At the outset, the mining enterprise gave birth to a vibrant francophone community that quickly reached over 300 residents. The mine was initially operated by metallurgist Philippe François Renault and his employees, many of whom came from the island of St. Domingue (now Haiti). From 1763, the concession was transferred to the Valle family of nearby Sainte-Geneviève.

The mining of lead as an industry

Fredericktown’s French heritage is primarily related to white explorers in search of valuable mineral deposits and the help provided by the Native Americans who inhabited the area and were familiar with the physiognomy of the landscape. It was the indigenous people who guided Cadillac and his team in their explorations. Lead veins were shown to scientists who had hoped they would also contain silver. Which was not to be the case. Nevertheless, this cooperation resulted in a business upon which Missouri’s economic development would grow. 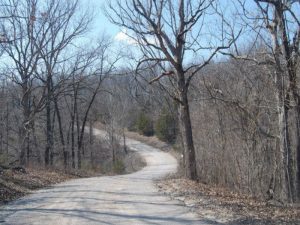 Three Enochs Road, built on an old Native American Trail, is the oldest thoroughfare in the current state of Missouri. Originally, this 30-mile (48-kilometer) road was used to transport the lead from Mine La Motte, in the middle of nowhere, to Sainte-Geneviève on the Mississippi and, from there, to the communities along the King’s Highway in the Illinois Country east of the mighty river. It was around 1717 that the mining of lead became the first sustainable industry in Missouri.

The three notches engraved in the bark of a mature tree along the thoroughfare are well illustrated in the accompanying image. History accounts explain that it was common to mark primary roads with a single notch, secondary roads with two notches and main roads with three notches. According to these criteria, Missouri’s Three Notch Road leading to Fredericktown would have been a route of great importance. 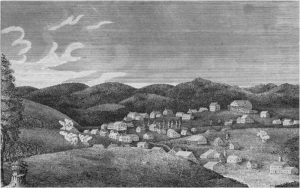