In 2017, Fort Toulouse, named after Louis-Alexandre de Bourbon, comte de Toulouse,  celebrated its 300th anniversary. His first 50 years were fully lived in the French culture which is pleasantly honoured since 1989 every November on the occasion of Alabama Frontier Days.

Fort Toulouse was declared by the government of the United States a milestone in national history. Moreover, commemorative fortifications were erected in 1976 on the historic site of the original fort.

Since time immemorial, the Creek tribes of the Muscogee Nation have inhabited and hunted the Wetumpka area where the Coosa and Tallapoosa rivers join to form the Alabama River on the outskirts of Montgomery City, the state capital of Alabama. Indications are that it was at the request of these talented Native Americans that French-speaking merchants from Mobile went up the Alabama River in 1714 to build a trading post among the local tribes.

The construction of Fort Toulouse to protect the commercial interests of France in Colonial French Louisiana was completed in 1717. Several soldiers brought their family and farmed some of the first agricultural lands in Alabama. The sons of most of these early settlers grew up to be stationed at the fort’s garrison. Over the years, great Alabama families have been created, notably that of Sergeant Jean-Louis Fonteneau, called Colin, from Poitiers, France, who raised 12 children. Today, the Francophile descendants of these families have a spiritual attachment to Fort Toulouse.

Jean Baptiste Louis DeCourtel Marchand, born in Courcelles, France, was a captain in the Marine Troops. He was the first commander of Fort Toulouse. In 1720 he married Sehoy, a Muscogee woman from the area. Sehoy II and Souliers Rouges (Red Shoes in English), who later became a tribal chief, were born from Courcelles’ and Sehoy’s union.

Alexis F. Xavier de Guyenne, a Jesuit priest born in Orléans, France, arrived in Fort Toulouse in 1727. During his three years in what is now Alabama, he devoted himself extensively to the evangelization of indigenous peoples. With a view to extending his spiritual efforts, it is said he suggested to his superiors to assign a priest to live among the the Coweta tribes of the large Muscogee Nation. 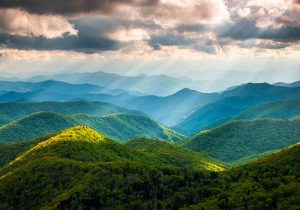