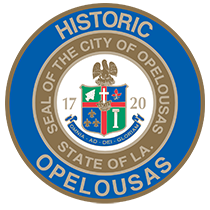 The city of Opelousas is the seat of St. Landry Parish (Louisiana) in Cajun country, a few miles west of the small town of Port Barre, where Bayou Teche draws water from Bayou Courtableau. The city takes its name from an indigenous tribe which lived in the region when Louisiana was a French colony, in the 18th century. Opelousas claims to be the third-oldest city in Louisiana State. It was founded in 1720.

That year, captain Renauld d’Hauterive erected a military post to maintain a French presence in the region. The post was a good midway stop for voyageurs travelling between Natchitoches (established in 1714) and New Orleans (founded in 1718). Nevertheless, the colonial authorities did not make any effort to promote trade in this remote region of south-west Louisiana. What did they fear?

The Opelousas tribe was closely tied to the much larger Native American Nation of the Attakapas who inhabited a large area covering part of present-day Texas, and were known, in particular, to practice cannibalism. In 1733, due to the widespread fear of the Attakapas, new governor Le Moyne de Bienville was reluctant to enter into a commercial alliance with the Opelousas. In consequence, it was only in December 1738 that the Opelousas were able to conclude their first partnership with a French trader, namely Jean-Joseph Le Kintrec, a Breton from Britanny, France.

As the trade with the indigenous people proved to be profitable, other French and Creole traders settled in the region, exchanging European goods for pelts and tallow (needed for lighting). It appears they located near the actual town of Port Barre. However, it was not until 1763 that the French authorities appointed the first commandant of Opelousas post, a year prior to publicly announcing the administrative transfer of western colonial Louisiana to Spain. The dynamic mouvement kept progressing. Even after the arrival of the first Spanish governor (March 1766), pieces of land were still conveyed to settlers of French descents. The first ten families of Acadian migrants settled in the region in September 1765. They seemed to have found the ideal meadows to raise their cattle. 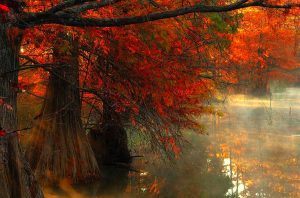