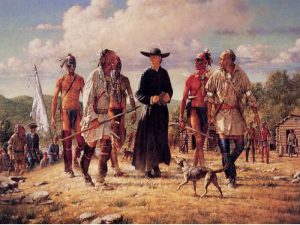 Carondelet is a residential area in the city of St. Louis, Missouri, on the Mississippi River, near the mouth of the River des Peres. But, why “Des Peres” (meaning Fathers in French) ? It was most likely at this place that the Kaskaskia tribe (of the Illinois Confederacy) and French people living among them, accompanied by two Jesuit priests, had settled in the autumn of 1700.

The French-Native American colony inhabited Des Peres for only two and a half years before migrating again to found the village of Kaskaskia downstream, further south along the Mississippi. Des Peres then fell into oblivion for more than sixty years, as long as the French regime lasted.

The founding of Carondelet

In 1765, the acquisition by the British of the territory east of the Mississippi pushed many residents of the Illinois Country to resettle on the west side of the mighty river, officially under Spanish administration since 1764. They chose the village of St. Geneviève, founded around 1750, or further north, the newly established village of St. Louis. It is actually a resident of St. Geneviève, Clément Delor de Treget, a Frenchman from Cahors (Quercy), France, who founded the village of Carondelet in 1767 and dedicated it to agriculture. Falling under the charm of the place, he built his stone house a few miles north of the mouth of River des Peres, and was quickly joined by other settlers of French origin. 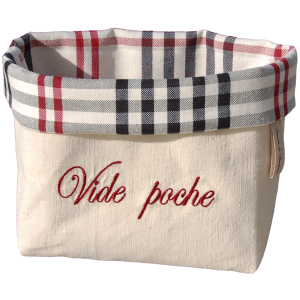 Named at the outset “Delor village”, the village changed its name several times until it received its final name in 1796 to wit “Carondelet”, in honor of Baron François Louis Hector de Carondelet, a Spanish governor of Colonial Louisiana. But the strangest thing is that the priests of St. Louis gave it the nickname “Empty Pocket ” (Vide Poche in French). This reputation is explained by two plausible hypotheses. Either the parishioners were poor and penniless or they emptied their trouser pockets, without sorrow, by filling the offering bags at church. This reputation is today a fascinating French fact from a distant past in early American history of the Midwest.

In 1700, Jesuit priests Pierre-Gabriel Marest (Marais) and Jacques Gravier (see photo above) accompanied the Kaskaskias and their leader Rouensa in search of a new habitat south of the Illinois River. Once they arrived at the mouth of a small river with clear waters and plenty of fish, known today as “Des Peres” in front of Cahokia, they decided to make it their home. Some woodsmen (coureurs des bois) did join them. In the spring of 1703, they left the place with a view to getting closer to the new French colony 62 miles (100 kilometres) downstream, at the mouth of the Kaskaskia River.