A charming stream runs through the city of Florissant (Missouri) which borders the south bank of the Missouri River, north of the city of St. Louis. It then moves north-east to flow into the Missouri. Coldwater Creek is its name.

In the second half of the 18th century, the first settlers of French origin who occupied the Florissant region called it “Rivière de l’eau froide” (Cold Water River) and also “Rivière aux Biches” (Hind River). Hunting and farming were prevalent, and they were no doubt seduced by the beauty of the fertile valley that stretched before their eyes toward the Missouri. Their village was known as “Florissant” (in bloom). But if the arrival date of the first settlers remains unknown, the historical context of the time gives some indication. 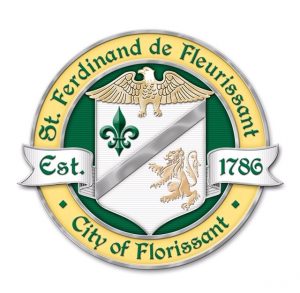 Following the signing of the Treaty of Paris (1763), the ceding of the eastern part of Colonial Louisiana to the British, effective in 1765, prompted many residents of the Illinois Country to resettle on the west bank of the Mississippi River. Although officially “Spanish” since 1764, the western part of Colonial Louisiana was really “French” until 1770. It was in 1764 that Frenchman Pierre Laclède founded the village of Saint-Louis, which most likely prompted other settlers of French origin to try their luck further north. Some fell under the spell of this beautiful flowery valley (and its blooming season).

The Spanish authorities did administer this typically French and Catholic village which was renamed “San Fernando”, in honor of Saint Ferdinand III, King of Castile and Léon, cousin of King St. Louis. In 1804, after the sale of Colonial Louisiana (western part) by France to the United States, the name of the village was anglicized into “St. Ferdinand”. For a long time, its inhabitants however continued to refer to its original name, that is “Florissant”, which was officially adopted in 1939. But, why not “Fleurissant”? This spelling divergence was probably due to a simple vocal misunderstanding of the name given to the city in recollection of its founders’ naming of the beautiful flowery valley. 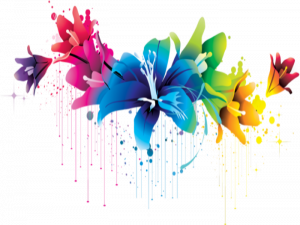 Since 1963, Florissant has been holding the Valley of Flowers Festival annually in May, as well as a large celebration parade.