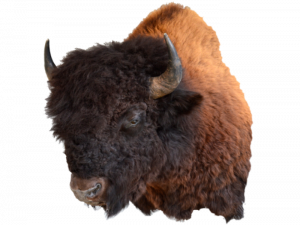 The Buffalo Trace (or Vincennes Trace) is a pathway that has been dug for centuries by the seasonal migration of buffalo herds across the southern territory of Indiana.

The American bison, Buffalo for some, spent the summer in the vast prairies of Illinois. In the fall, they migrated to the natural salt deposits of northern and central Kentucky where they wintered after having crossed the low waters of the Falls of the Ohio at Louisville. 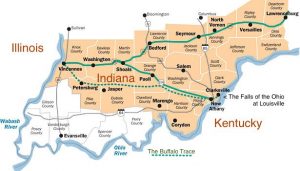 In the spring, they would cross the Falls of the Ohio in the opposite direction and head north-west toward the actual city of Vincennes, where they would cross the Wabash River before dispersing again in the Illinois’ meadows. This track was long frequented by the Native Americans for feeding and clothing purposes. From the very beginning of the 18th century, it was exploited by French traders and merchants for commercial purposes, then by the first American settlers on their way to the great “American West”.